Warning: It's a paid app, so the installation package is unavailable in Appurse. Users can download the app from the links of Google Play and AppStore offered in the following articles.

Threema is an end-to-end encrypted instant messenger allowing users to make voice calls, send text messages, share pictures and videos, etc. Threema application encrypts all of your online activity and it can be used completely anonymously, so your personal data will not be tracked by others.

Threema is available both for Android and iOS users from Google Play Store and App Store. Threema is developed by Threema GmbH, a Swiss company which puts great effort on protecting users' privacy and anonymity. Threema was initially named "EEEMA", abbreviated for "End-to-End Encrypted Messaging Application". Since the three "E"s were a little awkward, it was changed to "Threema". 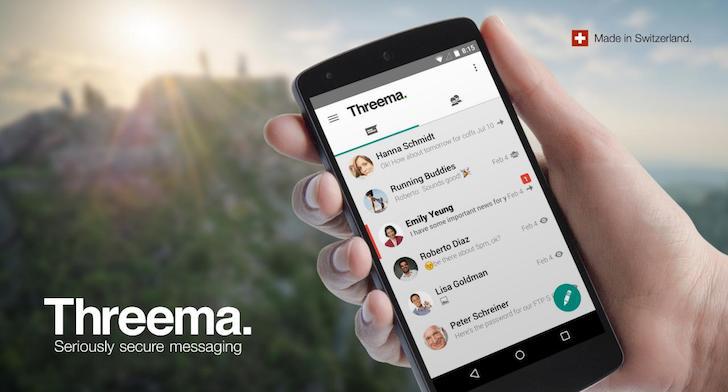 With Threema, you can send text and voice messages, make voice calls share pictures, videos, and locations send files of different formats, create group chats and make polls. There are two themes for you to choose from, dark and light. By scanning his or her personal QR code, you can verify the identity of a contact.

Threema encrypts all your communications, and messages will be deleted after they have been delivered.

To use Threema, you don't need a phone number or email address to sign up. Threema gives every user a random ID for identification which enables users to use Threema anonymously.

Threema Web lets you use Threema and chat with friends from your computer.

◆ Read and modify your contacts

◆ Modify or delete the images, videos, and documents of your USB storage