Gang Beasts is a physics-focused party game played on computers with cartoon-like colorful characters, brutal fight scenes, and hazardous environments. Players need to beat down the opponents by punching or kicking and dispose of them by throwing them into one of the stage hazards.

Gang Beasts is developed by Boneloaf and published by Double Fine Presents. Given that most party games often go better with the console, Gang Beasts really seem to be a great choice when you want to play on computers. 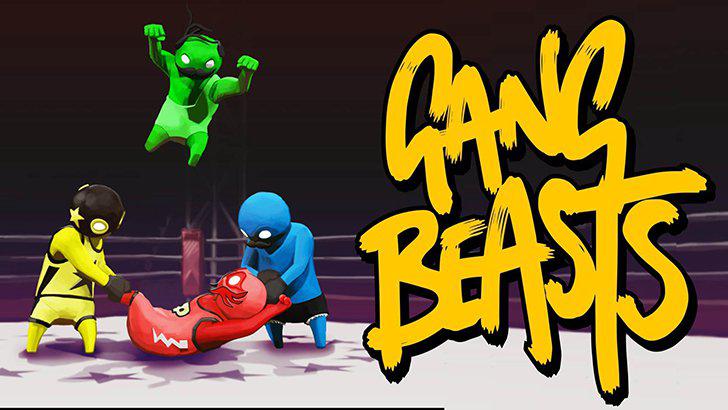 Unlike all the other physics-based games that pursue the accuracy of every movement, Gang Beasts has some strange physics which make it hard for you to control your punching strength. So, whether your next punch will kill the opponent or miss the target, you will never know. The unpredictability may piss you off sometimes, but it's fun too.

In survival mode, you have to fight across 8 different and complicate maps while confronting fatal ingenious devices and pitfalls. Your only goal in each of these maps is to be the last man standing by beating others down or lowering their health bar to zero.

Gang Beasts has a special combat system which will make all the players involved in the game cannot help but laugh throughout the whole process. Try it, and you will have fun!

◆ Not suitable for children