Developed by Miniclip.com, Plague Inc. is a real-time simulation game mixing strategy with terror. Game players will create and evolve a horrifying, global pathogen to fulfill the duty of destroying the world and human history.

Plague Inc. is available both on Android and iOS platforms. It has been downloaded more than 85 million times and will continue to thrive. With a complex and realistic setting, the game simulates the severity of the plague vividly. It’s You against the world - only one can survive! 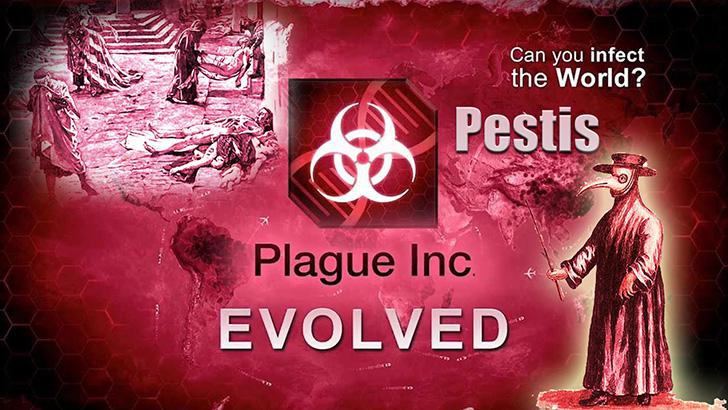 ● 12 Different Disease Types - different diseases need radically different strategies to master. The player will start with bacteria, and subsequent pathogens can only be unlocked by winning the game with the previous one on Normal or Brutal Mode.

● Multiplayer Mode - The world is infected with two plagues, but you need to dominate the world with your plague, so destroy the opponent!

● Hyper-Realistic World – With advanced AI (Outbreak management) and real-world data and events, the game is a highly authentic simulation.

The developer of Plague Inc. has said it is "a bit like the film Contagion except you are on the other side". It's actually inspired by Pandemic 2, according to the developer.