Warning: Users can download the app from the links of Google Play and AppStore offered in the following articles. 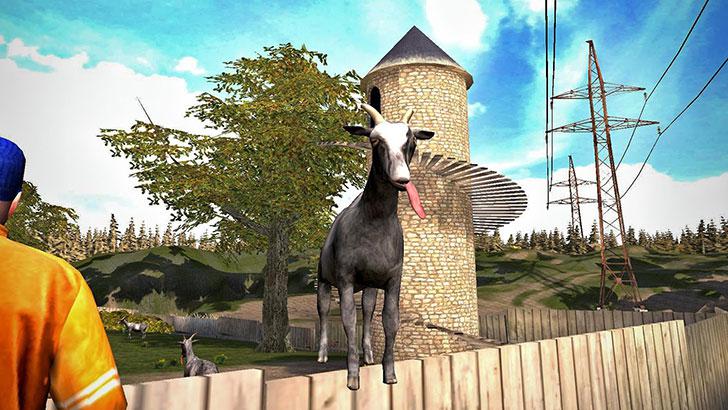 Goat Simulator is an entirely stupid game; please don't expect too much. To be honest, it's probably better to spend your money on something more meaningful, such as a hula hoop, a box of chocolates, or maybe pool your money together and buy a real goat.

Goat Simulator is all about making as much destruction as you possibly could as a goat. It has long been compared to an old-school skating game, except in this time you're a goat, and instead of doing tricks, you will wreck stuff. You destroy things with unique, crazy tyle, such as doing a backflip while headbutting a bucket through a window. Or you can just give Steam Workshop a spin and create your own goats, missions, levels, and more! Not a single thing is called a limit in this game.

• Get points for wrecking stuff in creative fashion

• Millions of bugs! We're only eliminating the crash-bugs, but it's hilarious, and we plan to keep it.

• In-game physics that will bug out all the time

• Look at that goat's neck seriously

* If you are stuck on content downloader, try deleting the Goat Simulator Data in settings or just reinstall the game.

* Removed the patch file that forced players to download a file every time they opened the game. If you encounter that issue again, follow our instructions above.

* Solved a critical issue with some players being stuck in ragdoll mode.