Netflix adds and updates TV shows and movies all the time. It offers great streaming quality and original shows. Users can choose titles to browse and search for your favorites. Netflix also provides great recommendations just for you based on your watching history. Users can sign in with a Netflix account and then create up to five individual profiles.

The founders of Netflix, Marc Randolph, and Reed Hastings are former employees of Pure Software. They initially started the idea on August 29, 1997, in California, while officially launched it on April 14, 1988. In January 2016, Netflix approached 74.8 million subscribers The Subscription growth has been accelerated by its expansion to the world. 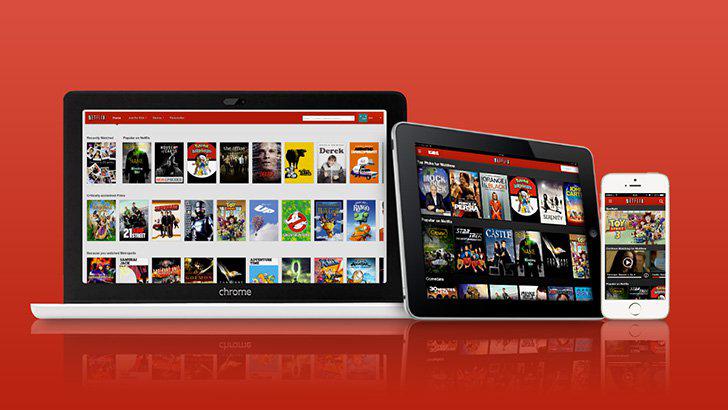 "Netflix Original" refers to content that is solely produced, co-produced, or distributed exclusively on Netflix. House of Cards was released in 2013, as Netflix's first original series and from then on, the company was unstoppable. It's said that Netflix is going to launch about 126 original series or films in 2016, a figure that on other company could compare. Many excellent TV series, directors, actors, and actress were nominated and award prizes from all kinds of Award ceremony including Emmy, Golden Globe, SAG, British Academy and Grammy etc.

➠ Netflix (Nasdaq NFLX) is an online movie rental provider. It provides a large number of DVDs, and customers could pick up movies quick and easy.

➠ Netflix also provides a private watching mode, the viewing records of users is highly confidential. You don’t have to worry about other people have a chance to know what you are watching.

➠ Netflix has been named five times for most satisfied sites of customers.

➠ Users could also connect the television with Xbox360, PS3, phones and pads through Wi-Fi.

➠ From October 2006, Netflix disclosed about 100 million movies with anonymous ratings among 1 to 5, containing movie names.