Toca Kitchen lets players cook and play with food for any one of four hungry diners like a virtual chef. It's both fun and educational for kids to explore their imagination by preparing all kinds of food mixing.

There are four game characters for players to choose from, a boy, a girl, a bull, or a cat. Once you select a character, you can pick from 12 food items and prepare them in your own way! The app allows you to slice, boil, fry, microwave or mix all the food and feed the character. The food will change after the preparation and different characters react to the food in a variety of ways. 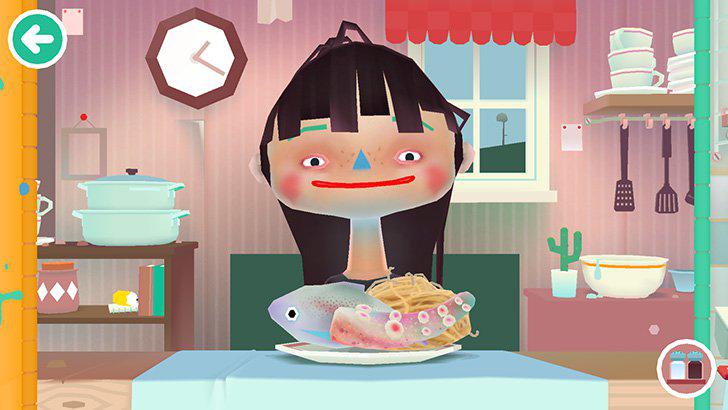 ☻ Boil, fry, Slice, microwave or mix anything you like

☻The game is unlimited and never ending with no rules

☻ No in-app purchases or third-party advertising

☻ Play without limits or stress

☻ Some preparations such as slicing and feeding small pieces may need some skills which can be hard for little kids.

As the app's developer, Toca Boca has won Parents Choice Awards 2012. Toca Boca believes that playing is the best way to learn about the whole world, so they aim to help kids to exploit the imagination and create games for parents to play with kids. No third-party advertising or in-app purchases!