Launched by Studio Wildcard, ARK: Survival Evolved is a sci-fi video-game where players aim to survive and not to be eaten by dinosaurs. And you need to use your skills to tame or kill the dinosaurs or other primeval creatures. Team up with other players to survive by hunting resources, growing crops, creating shelters and storing valuables.

For the final release, there are more than 100 different creatures and most of which will be tamed. Download to take part in the challenge for survival now! 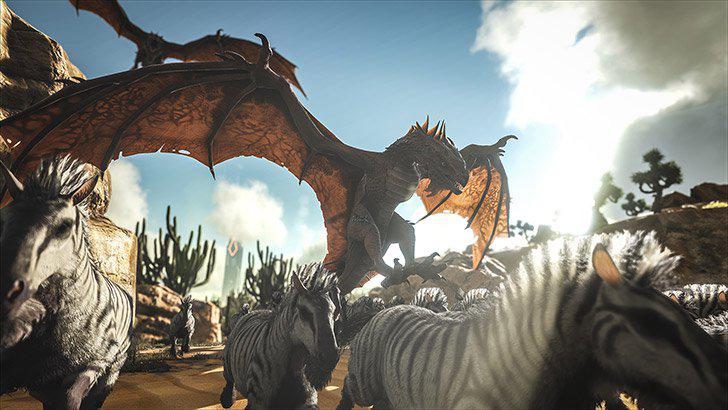 What makes ARK Survival different is that there are dinosaurs here and people need to tame them. To fight the ruthless dinosaurs will not be so easy that you need to arm yourself by creating certain items and building shelters.

This game was released eventually in August 2017 after the period in Early Access over two years. It can be used for free on Xbox Live Marketplace and Steam. Besides, it requires a top-notch PC to play, or you will experience the freezes and jolts frequently.

Creating Your Own Character

You should create a character before you start this game. Between the male and female, you need to choose one. Meanwhile, you will have lots of options for customization. Similar to the game DayZ, ARK: Survival Evolved has many effects which can destroy your health, like the extreme cold and heat.

● Have your own dinosaurs tamed

● Own the atmosphere of Jurassic Park

● Customize yourself with a variety of options

● You will need excellent computer performance to resist the lags and make the game more accessible.